Most of us have heard or seen what global warming alarmists say the consequences will be if something isn’t done to limit the man’s impact on the environment. Al Gore, in his movie “An Inconvenient Truth,” warns global sea levels will rise by a whopping 20 feet, causing coastal flooding and creating a refugee crisis. Others aren’t quite as gloomy, but that’s not the real threat to the planet.

At the Heartland Institute’s International Conference on Climate Change on May 17, Professor Don Easterbrook of Western Washington University warned that the climate is headed for a period of cooling. He told the Chicago gathering of hundreds of scientists and policy professionals that there are three possibilities of cooling, examples of which we’ve seen within the last 200 years.

“I think that there’s three possibilities that we’re headed for,” Easterbrook said. “One is cooling similar to 1945-1977 – about a half degree. Not really all that bad. Perhaps something similar to the cold period of 1880-1915, to perhaps the Dalton Minimum, which would be even colder. And which of these happens, it remains to be seen.”

The Dalton Minimum, named after the English meteorologist John Dalton, was a period of low solar activity lasting from about 1790 to 1830 that resulted in a two-degree drop in global temperature.

Easterbrook explained that any significant drop – from a half-degree to two degrees – would have a much worse impact on human civilization than global warming.

“Impacts of global cooling are unfortunately worse than they are for global warming,” Easterbrook said. “The good news is that global warming is over for several decades. The bad news is that its going to be worse than global warming would have been because twice as many people are killed by extreme cold than extreme heat. We’ll have a decrease in food production. It’s already happening in various parts of the world.”

And just as global warming alarmists suggest the poor will be hit the hardest, so would the poor when it comes to a global cooling phenomenon. 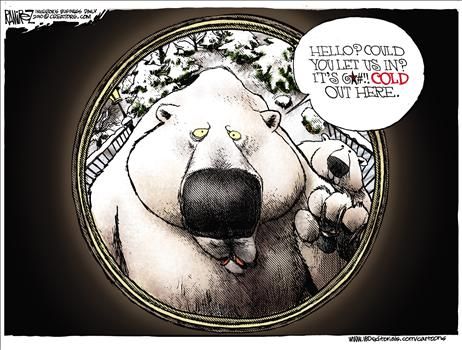