After years of looking into this topic, the only consensus I could find is that the UN-IPCC and others have based their predictions on computer models that have been woefully wrong:

One of the topics I see (and hear) brought up all the time is the 97% consensus of scientists who agree man is the main prognosticator of global warming. Below are some links to many articles refuting this unscientific [if it were true] consensus:


No matter what you think of the following long and short lists… the bottom line is this, WAY more than 75-Climatologists think that man is either not the main contributor to global warming at all, or that global warming is not a catastrophe waiting to happen:

Breitbart adds to the idea of the “Cooked” Cook paper with a real survey:

Nearly six in ten climate scientists don’t adhere to the so-called “consensus” on man-made climate change, a new study by the Dutch government has found. The results contradict the oft-cited claim that there is a 97 percent consensus amongst climate scientists that humans are responsible for global warming.

The study, by the PBL Netherlands Environment Assessment Agency, a government body, invited 6550 scientists working in climate related fields, including climate physics, climate impact, and mitigation, to take part in a survey on their views of climate science.

Of the 1868 who responded, just 43 percent agreed with the IPCC that “It is extremely likely {95%+ certainty} that more than half of [global warming] from 1951 to 2010 was caused by [human activity]”. Even with the “don’t knows” removed that figure increases only to 47 percent, still leaving a majority of climate scientists who do not subscribe to the IPCC’s statement.

The findings directly contradict the claim that 97 percent of climate scientists endorse the view that humans are responsible for global warming, as first made by Cook et al in a paper published in Environment Research Letters.

Cook’s paper has since been extremely widely debunked, yet so ingrained has the 97 percent consensus claim become that The Guardian has an entire section named after it, and President Obama has cited it on Twitter.

Commenting on the new study, Australian climate blogger Joanne Nova said: “Finally there is a decent survey on the topic, and it shows that less than half of what we would call “climate scientists” who research the topic and for the most part, publish in the peer reviewed literature, would agree with the IPCC’s main conclusions. Only 43% of climate scientists agree with the IPCC “97%” certainty.”… 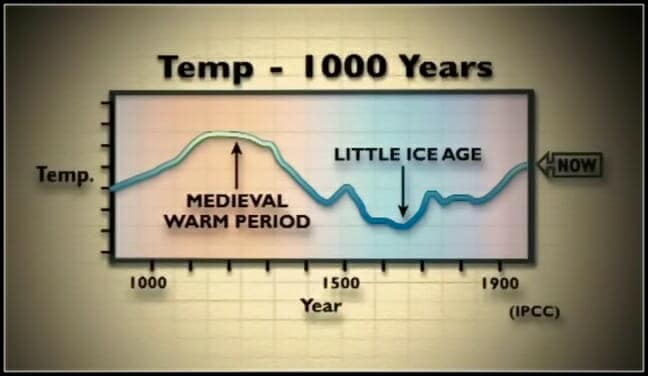 I have to post this because someone on Facebook posted this link to a revised chart (the original is here). The new chart, even has MORE of a devastating “consensus.”

I didn’t know where to find something on this brand-new chart. So I cautioned the guys on Facebook that I have a feeling that this “consensus” was derived wrongly and will end up in the waste bin with this popular one pictured below:

We’ve all been subjected to the incessant “97% of scientists agree …global warming…blah blah” meme, which is nothing more than another statistical fabrication by John Cook and his collection of “anything for the cause” zealots. As has been previously pointed out on WUWT, when you look at the methodology used to reach that number, the veracity of the result falls apart, badly. You see, it turns out that Cook simply employed his band of “Skeptical Science” (SkS) eco-zealots to rate papers, rather than letting all authors of the papers rate their own work (Note: many authors weren’t even contacted and their papers wrongly rated, see here). The result was that the “97% consensus” was a survey of the SkS raters beliefs and interpretations, rather than a survey of the authors opinions of their own science abstracts. Essentially it was pal-review by an activist group with a strong bias towards a particular outcome as demonstrated by the name “the consensus project”.

Look at the views in column 1, then look at the % in the rightmost column: 52% state the the warming since 1850 is mostly anthropogenic. One common categorization would categorize the other 48% as ‘deniers’.

So, the inconvenient truth here is that about half of the world’s largest organization of meteorological and climate professionals don’t think humans are “mostly” the cause of Anthropogenic Global Warming the rest will probably get smeared as “deniers”

I wish to note, that, the truth was not a 97% consensus, but that about half disagreed with man causing it. Which is about the same percentage Dr. Happer says on CNBC:

So I verbalized my thoughts on this new information, multiple times, even posting the 97% graph a couple times as well as the below cations that this new “consensus” was probably going to fall by the wayside. Here is what I said:

…Of course, polls of scientists are not evidence about our climate. But it is evidence that one of the main forms of argument “97% of climate scientists say man-made warming is real” is not just meaningless, but misleading. It’s PR, not science….

…I posted a graphic [like the one above — 97% vs. what it really is ~ 52%] that includes the full range that activists involved in getting $$$$ like to say, “CONSENSUS” (like your [~ Michael B.] original 2,259 vs. 1). I will end up responding specifically to your OP, but my original graphic is similar, in that, many said 97% of specialist agree global warming is happening. The study did not really say that, it inferred it by keeping information hidden.

“I really appreciate your important effort in compiling the list.”

“…it’s a very useful resource. Thanks to the pop tech team.”

“I do confess a degree of fascination with Poptech’s list…”

My skeptical opponents continued with the mantra:

…If this is not scientific consensus, what in the world would a consensus look like?…

Michael B. said this (by the way, he posted the original article):

…The topic of this debate is whether there is scientific consensus….

So, because I was at a loss, I tweeted a couple of people I know via being a fan, and I got a response via Hockey Schtick, Who shot me over to Popular Technology.net …

(Mouse over to see original)

James Powell continues to demonstrate his computer illiteracy by doing worthless database searches in an intellectually dishonest propaganda campaign. He updated his previous meaningless analysis in continued blissful ignorance that the ‘Web of Science’ database does not have a “peer-reviewed” only filter and the existence of a search phrase in a returned result does not determine it’s context. Thus, all that can be claimed is there were 2,258 meaningless search results not “peer-reviewed climate articles” for a query of the ‘Web of Science’ database – with 1 chosen by strawman argument.

1. The context of how the “search phrases” were used in all the results was never determined.

2. The results are padded by not using the search qualifier “anthropogenic”.

4. It is a strawman argument that most skeptics deny or reject that man can have an influence on the climate, but rather if there is any cause for alarm.

The existence of a search phrase in a returned result does not determine its context. So making any arguments for or against an implied position relating to the use of a phrase by simply looking at numerical result totals is impossible. Powell never determined the context of how the search phrases were used in all the results.

Others alarmists have been challenged to search for the phrase, “anthropogenic climate change” using Oreskes (2004) methods and they only got 108 returned results.

“I did the search [in Web of Science] for “anthropogenic climate change” the other day and got something like 108 papers.” – Barry Bickmore, Professor at Brigham Young University

These low number of results are not useful to sell the type of propaganda alarmists like Powell are looking for.

In his methods, Powell filtered his results by the ‘articles’ document type which includes content that may not be peer-reviewed depending on the specific journal,

Categories like these have been the subject of debate and confusion in relation to their peer-review status:

“Because of trends in submissions, Nature’s Brief Communications will bow out at the end of the year. […] False rumours that the section was not peer reviewed have occasionally circulated.” – Nature

(2013) In a true sense of irony Powell uses his meaningless analysis as a defense of Oreskes (2004) which is considered useless by world renowned climate experts,

“Analyses like these by people who don’t know the field are useless. A good example is Naomi Oreskes work.” – Tom Wigley, Fellow, American Association for the Advancement of Science (AAAS)

He then attempts to smear skeptics as “global warming deniers”. This is a dishonest ad hominem as skeptics believe there has been a global temperature increase of a fraction of a degree since the end of the little ice age.

Powell’s pie chart is simply propaganda for those who are intellectual dishonest and want to be intentionally misleading about actual skeptic arguments or the over 1100 peer-reviewed papers that support them ….

Instead he hopes his propaganda will be picked up by the media and used by those who are intellectual dishonest and want to be intentionally misleading..

I wanted to end with this video. Why?

Because Sen. Inhofe quotes Obama as saying this, noted at Junk Science:

“But the flipside is we also know that the climate is warming faster than anybody anticipated five or 10 years ago, and that the future…in part, is going to depend on our willingness to deal with something that we may not be able to see or smell the way you could when the Chicago River was on fire, or at least could have caught on fire, but is in some ways more serious, more fundamental,” Obama said.

Because of that seriousness, Obama said he’s willing to hear out “a different approach” to dealing with the issue. What he won’t consider though, he said, are ideas from climate change deniers.

Warming has stopped longer than that! About 17-years. So, Sen. Inhofe asked the EPA for any stats to back up this claim… the predictable outcome is seen below: