This is a story that has been growing in the intelligence world (I am sure) for quite some time. I noted it here in an old post blogged in March of 2008 entitled, Obama and FARC. Gateway Pundit notes some interesting updates to this story. For some older background to this growing story, here is a Hannity look at it:

Here Gateway lists a few of the notable notables in regards to FARC and info gleaned from captured computers in 2008:

This is the reason (actually, one of many) that makes me say confidently that we have a radical secularist in office. I will never, upon what I know to date, say Obama is a Muslim. I digress.

Who are these Democrats that side with Iran in the student uprising, support a supremacist Mosque at Ground-Zero, take over car companies, raise taxes and increase debt by massive stimulus programs and take over health-care? Whoever they are, let us throw them out in November! An aside: I can’t count the times, by-the-by, that I was told Bush was in bed with the Saudi’s, which is bad. Now building a Mosque with money from the Saudis and Iran is okay with he laft. Hmmmm. 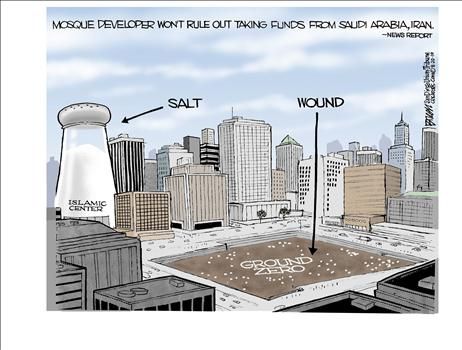