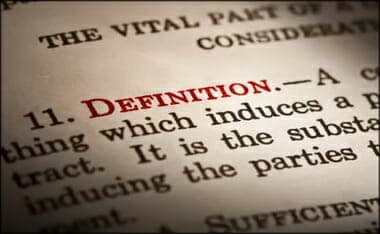 I posted a story noting that some terms are losing their meaning in the run-up to the Republican primaries. This term was abused during “Dubyas” Presidency.

The term is “Neo-Con,” and the article deals with Rubio via National Review, “If Marco Rubio Is ‘Establishment’ Then ‘Establishment’ Has Lost Its Meaning,” a must read… here are a couple excerpts:

I must confess that I’m confused. I still have vivid memories of the tea-party revolution of 2010, when insurgent conservative candidates toppled incumbents and establishment favorites from coast to coast. This was the year of Rand Paul in Kentucky, Ron Johnson in Wisconsin, and Nikki Haley in South Carolina.

Perhaps most momentous of all, it was the year of Marco Rubio, who overcame long odds to beat Charlie Crist, a man who’s since proven himself to be exactly the kind of soulless politician the tea party exists to oppose. Since his election, Rubio has delivered, becoming one of the most consistent and eloquent conservatives in the Senate. My colleague, Jim Geraghty, has outlined his stratospheric ratings from the American Conservative Union, National Rifle Association, National Right to Life, and the Family Research Council.

In fact, Rubio is largely responsible for the single most effective legislative attack on Obamacare….

Here’s the reality: In the battle — launched in 2010 — between the tea party and traditional GOP powers, the tea party largely won. The contest between Rubio, Cruz, and Trump is a fight between Tea Party 1.0, Tea Party 2.0, and classic American populism. And each one of these candidates would need traditional Republican or “establishment” support in the general election.

If Rubio is “establishment,” the term has lost any real meaning. He’s a consistent conservative whose positions and ideology largely align with whomever his critics prefer, Cruz included. He’s a tea party champion who effectively expelled Charlie Crist from the Republican party and dealt a serious blow to Jeb Bush. For the most part, a fight between Rubio and Cruz is a fight over matters of tone and style, not substance. A fight between Rubio and Trump is a battle between a conservative and a populist. Unless something dramatic happens between now and the New Hampshire primary, the establishment has already lost this cycle. Only the insurgents remain.

Another article worth reading is via Powerline, and continue the misuse narrative:

…Throwing the neocon label around isn’t an argument; it’s name-calling. Cruz argues well enough that he shouldn’t have to rely on name-calling. It must have gone over well with focus groups.

Name-calling is bad enough. To make matters worse, as Goldberg explains, the name doesn’t really fit the view Cruz disagrees with — support of military intervention to bring about regime change.

Goldberg says that “neoconservatism is a product of the Cold War.” But his article suggests that it is actually the product of a debate over domestic policy.

As I understand it, neoconservatism is the product of the rise of the New Left and the failure of President Johnson’s Great Society. The New Left was a movement of juveniles (including me). It left more mature leftists with two obvious alternatives: first, embrace the New Left and have a second childhood; second, applaud the spirit of the New Left but reject its more outrageous tactics and flirtation with the likes of Chairman Mao, and double down on democratic socialism.

Neoconservatives rejected both alternatives. They were appalled by the spirit of movement with a clear totalitarian strain (manifested, for example, by attacks on academic freedom). In addition, the Great Society experiment, animated in part by the thinking of democratic socialists like Michael Harrington, helped move them well to the right of their socialist former comrades.

Goldberg reminds us that the most important early neoconservative foreign policy manifesto — Jeane Kirkpatrick’s famous 1979 article in Commentary — was a brief against democracy promotion in authoritarian states friendly to the U.S. Moreover, Kirkpatrick was not a supporter of the war waged by President George W. Bush in Iraq. Indeed, she said she had serious reservations about it.

It’s true, of course, the most neoconservatives supported that war, in many cases avidly. But the decision to invade Iraq was not made by neoconservatives, and neither was the decision to remain in post-invasion Iraq rather than “get the heck out” (as Cruz likes to say). Bush, Dick Cheney, and Donald Rumsfeld were not part of the neoconservative movement. As for the Congress that voted to authorize war, only a handful of members were.

Neoonservatives (by now referred to, disdainfully and even venomously, as neocons by people who knew little about the movement) became scapegoats for the war. In part, as Goldberg says, this was because they continued to defend it and, above all, advocate that we win it. Some neocons pushed for the successful Iraq surge of 2007. For this, they should be commended…. 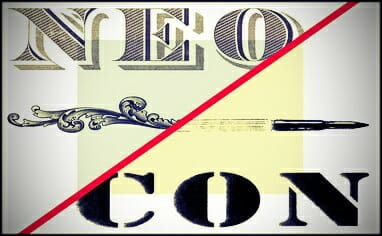 neoconservativism A political philosophy that rejects the utopianism and egalitarianism espoused in liberalism, but departs from conservatism by embracing collective insurance and cash payments to the needy; a philosophy that takes modern democratic capitalism to be exemplary and exportable, with the active furtherance of freedom abroad to be the best course in most cases.

Neoconservatism (the word triumphed over “the new conservatism”) was spawned in the pages of a quarterly, The Public Interest, edited by Irving Kristol and Daniel Bell, published by Warren Manshel, and frequently contributed to by Daniel Patrick Moynihan and Seymour Martin Lipset. These former liberals were troubled by the failures of Lyndon Johnson’s “Great Society” and dismayed at the way political orders throughout the world—especially the social democracies—were becoming statist and simultaneously less stable. When Keynesian economics began to fail to contain inflation, neoconservatives felt the economic basis for social democracy as it has been practiced began to erode. The last straw for many of the lifelong Democrats was the strident discontent of the youthful counterculture of the sixties, which made liberal elders uncomfortable with the culture that produced it.

As it became fashionable all along the political spectrum to be alienated by “big government,” that cultural chasm between NEW LEFT and “old” left widened: many of the former liberals could not stomach what they saw as the social permissiveness, national self-flagellation and rejection of individual responsibility so often espoused by the inheritors of liberalism.

What distinguished neo-conservatism from the “old” conservatism? The novel fea­ture of the new conservatism is a relaxed attitude toward collective responsibility: “A welfare state, properly conceived,” wrote Irving Kristol in The American Spectator in 1977, “can be an integral part of a conser­vative society.” Such a statement is heresy to traditional conservatives; they hold that conservatism teaches that statism leads to a repression of individuality. But Kris­tol plunged ahead: “It is antisocialist, of course … but it is not upset by the fact that in a populous, complex, and affluent soci­ety, people may prefer to purchase certain goods and services collectively rather than individually … People will always want security as much as they want liberty, and the nineteenth-century liberal-individualist notion that life for all of us should be an enterprise at continual risk is doctrinaire fantasy.”

Kristol, his wife Gertrude Himmelfarb, and their son William (founder and editor of The Weekly Standard, more politically par­tisan than the forerunning Public Interest) saw liberal institutions such as Social Secu­rity to be bulwarks against further social­ization. Many of their intellectual followers hope the effect of their movement will be to remove utopian dreams from practical government. To the socialists (who want to center more power in the state), as well as to the “old” conservatives (who want to place more reliance on the individual), neo­conservatives say that the system the U.S. has now evolved—while not, in Voltaire’s phrase, “the best of all possible worlds”—is the best of all available worlds, and well worth not only defending but extending.

An early use of the term was by James Schall in Time magazine on August 23,1971: “Judaism and Christianity have always placed primacy in man. Now this primacy is attacked by what I call the neoconserva­tive ecological approach to life.” Senator Moynihan recalled to the author that it was Michael Harrington, writer on poverty, who popularized the term at about that time in its present context.

In foreign policy, most neoconservatives from liberal cultural backgrounds parted company with their longtime colleagues on dealing with the threat of world Com­munism. They drew ideological fire from accomodationist friends as they aligned themselves with Ronald Reagan HARD-LIN­ERS. After the Soviet Union collapsed after being, in the neocon view, economically stressed by the U.S. arms buildup and encouragement of dissidents, the neocons were in the policy ascendancy.

After Iraqi dictator Saddam Hussein invaded Kuwait, threatening pan-Arab con­quest and endangering world oil supplies, neocons applauded George H.W. Bush’s “line in the sand” and the end of the VIET­NAM SYNDROME; the fact that many neocon leaders were Jews led to angry accusations from some on the far right as well as the far left that they put Israel’s interests first (see AMEN CORNER). In 2002, when most intel­ligence reports indicated that Saddam was preparing a comeback with associations with Al Qaeda, suspected development of weapons of mass destruction, and mount­ing human rights abuses within Iraq, neo­conservatives in think tanks and the media were in the forefront of those supporting President George W. Bush’s argument for REGIME CHANGE. However, as the expected similarly short conflict became “the long war,” public anger at the conduct of the war tarnished the neoconservative, ideal­istic “freedom agenda”; REALISM was soon in the public-policy saddle, and in 2006 war-weariness was a primary cause of the change in the majorities in House and Sen­ate. The national debate then centered on the Administration’s plan to STAY THE COURSE, a phrase reviled by the anti-war majority, versus CUT AND RUN, a counterattack phrase by neocons and other HAWKS opposing with­drawal as a form of surrender.

Among political journalists, the word is now almost always clipped to neo-cons, often without the hyphen—more a descrip­tion of the articulators of the embattled foreign policy than of the policy itself. The clipped version, neocon, is often taken to be synonymous with “rightwing hawk.” In the opening stages in 2007 of the Demo­cratic presidential primary season, Senator Barack Obama, who made a point of hav­ing opposed the Iraq war from the start, was widely seen as a liberal dove; when criticized for this as being “naive” by Hillary Clinton, he sternly took aim at Pakistan’s president: “If we have actionable intelli­gence about high-value terrorist targets and President Musharraf will not act, we will.” The gleeful Wall Street Journal editorial headline: “Barack Obama, Neocon.”