NBC-LA this morning had a debate on one of the ballot measures to appear March 5th for voting in Los Angeles, “Measure A.” This is a concise soliloquies of the larger debate (here) where Mr. Kaye underlines the main problem in Los Angeles’ fiscal practice for the past 30-years. He points out that “Measure A” will not fix the core issue while also touching on the scare tactics of the city council and Mayor. This micro L.A. level issue is an example of what is ailing California as well as the country. (Posted by: Religio-Political Talk)

(Via Libertarian Republican) Side-note: if you live in L.A., and don’t vote for Kevin James… your a fool! 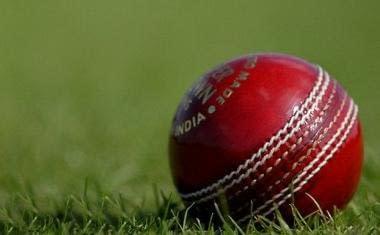 (Click article to enlarge) This installation of Concepts is pretty ambiguous and I agree with most parts of it. The connection of sports with politics is a bit for me, but to each their own. I really only take issue with John Van Huizum’s view of history. And really it isn’t just John’s lack of applying our past to our current situation, but many American’s lack this knowledge of our political past. So this isn’t an issue I bring up merely to debate with John about, but to edify all me readers knowledge about.

The first is that money has always played a part in our political structure, always. Almost all of its people that have run for president have been very well-to-do, i.e., the one-percent. This disparity in Congress of millionaires and the creation of Super-Pacs has recently become more lopsided due to campaign finance laws which had caused nearly half of Congress’ members to be millionaires, including about two thirds of Senators. Ironically, the much heralded campaign finance reform that was supposed to level the playing field in a populist direction has only served to increase the likelihood of more millionaire candidates, even though millionaires constitute about 1 percent of the American population. But these are discussions for another day. I wanted to focus in on this idea that our political landscape is “less and less friendly,” as if we have reached some apex of name calling and “meanness” in politics and partisanship. This just isn’t the case, as the video included herein points out.

Jefferson called Adams “a blind, bald, crippled, toothless man who is a hideous hermaphroditic character with neither the force and fitness of a man, nor the gentleness and sensibility of a woman.”

The Federalists attacked the fifty-seven-year-old Jefferson as a godless Jacobin who would unleash the forces of bloody terror upon the land. With Jefferson as President, so warned Adams (actually the Connecticut Courant), “Murder, robbery, rape, adultery, and incest will be openly taught and practiced, the air will be rent with the cries of the distressed, the soil will be soaked with blood, and the nation black with crimes.” Reportedly New Englanders hid their Bibles for fear that the infidel Jefferson would declare them illegal if elected. In 1828, supporters of John Quincy Adams called Andrew Jackson a murderer and a cannibal.

“I know liberalism isn’t dead in this country. It simply has, temporarily we hope, lost its voice….We know that unilateral action in Grenada and Tripoli was wrong. We know that ‘Star Wars’ means uncontrollable escalation of the arms race. We know that the real threat to democracy is the half of the nation in poverty. We know that no one should tell a woman she has to bear an unwanted child….Gawd Almighty, we’ve got to shout these truths in which we believe from the housetops. Like that scene in the movie ‘Network,’ we’ve got to throw open our windows and shout these truths to the streets and the heavens. And I bet we’ll find more windows are thrown open to join the chorus than we’d ever dreamed possible.” (link in pic)

One small point to add, as I am apt to do in my rants. John Huizum mentions implicitly Walter Cronkite as some pinnacle of fairness. My deep study of the Vietnam ground war in the larger Cold War (some would say WWIII) and Walter Cronkite’s liberal slant (and all the networks of the time leaning that way) is an example of the monopoly one viewpoint had on the news people took in as a whole. Cronkite, while very liberal, did however control it much better than many CNN, ABC, CBS, NBC, MSNBC, and FOX hosts today do — not to mention he was an all-around good guy who had many friends on both sides of the isle. That being said, this “non-control” isn’t a bad thing. To be clear, Cronkite was more left leaning than many have previously allocated to him… but choice in what bias one prefers was not present during those days like it is in ours. This freedom of choice is what many liberals do not like. Unfortunately for John, Mr. Cronkite was a very leftist person, and his leftism crept out into his reporting during the Vietnam War, and he ended up NOT being “the most trusted man in America.” Granted, Cronkite was not as publicly left as, say, Rachel Maddow [who stated she is to the left of Mao], but Douglas Brinkley’s new book makes his leftism very clear.

Key to this debate is that Democrats hate competition, but once-in-a-while a liberal comes out on the side of fairness and competition of ideas, one such person is Camille Paglia. She is certainly no conservative, she had a lot to say to fellow progressives and Democrats in regards to the “Fairness Doctrine” and makes some fine points:

Speaking of talk radio (which I listen to constantly), I remain incredulous that any Democrat who professes liberal values would give a moment’s thought to supporting a return of the Fairness Doctrine to muzzle conservative shows. (My latest manifesto on this subject appeared in my last column.) The failure of liberals to master the vibrant medium of talk radio remains puzzling. To reach the radio audience (whether the topic is sports, politics or car repair), a host must have populist instincts and use the robust common voice. Too many Democrats have become arrogant elitists, speaking down in snide, condescending tones toward tradition-minded middle Americans whom they stereotype as rubes and buffoons. But the bottom line is that government surveillance of the ideological content of talk radio is a shocking first step toward totalitarianism. One of the nuggets I’ve gleaned from several radio sources is that Michigan Sen. Debbie Stabenow, who has been in the aggressive forefront of the campaign to reinstate the Fairness Doctrine, is married to Tom Athans, who works extensively with left-wing radio organizations and was once the executive vice-president of Air America, the liberal radio syndicate that, despite massive publicity from major media, has failed miserably to win a national audience. Stabenow’s outrageous conflict of interest has of course been largely ignored by the prestige press, which should have been demanding that she recuse herself from all political involvement with this issue. (Capitalist Fanboys)

We should all be for fairness and friendliness in interactions with each-other, of course, who wouldn’t be for this. But Cronkite’s Republican friends were thick skinned, which is why Nixon (a thin skinned Republican) hated him. We all have to all play hard ball, and part of doing so in our Republic is by incorporating and knowing our history and to limit the “limits” we want to place on each others freedoms. 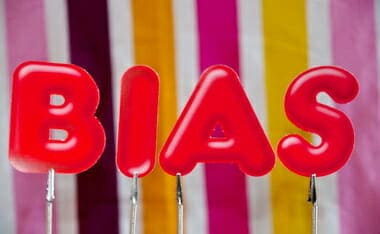