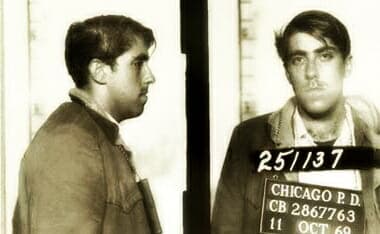 An interesting aspect of this video I had previously watched but did not know about is that this New Mexico Democrat candidate, Alan Webber, was endorsed by a domestic terrorist. The Lonely Conservative points it out for us:

If Webber was a Republican talking about a female Hispanic Democrat we would never hear the end of it. He’d be called a racist who is waging a war on women. But this guy will get a pass. Oh, and he also has ties to the Weather Underground and has urged empathy for a sex offender.

It amazes me how these radicals get professorships.  The guy who endorsed Webber, Mark Rudd, is described a bit at the Free Beacon thus:

Mark Rudd, a leader and founder of the domestic terrorist group the Weather Underground, which has advocated for the violent overthrow of the United States and committed multiple bombings of public buildings in the late 1960s and early 1970s, endorsed Webber in April. Rudd’s wife Marla Painter hosted a campaign event for the Democrat that month.

Webber tried to distance himself from the endorsement, saying, “of course I denounce terrorism.” However, the candidate praised Rudd for being a “proponent of non-violence” and a teacher at Central New Mexico Community College in Albuquerque.

Another terrorist from those days is Kathy Boudin, who is also a professor, as FrontPage Magazine notes:

In her parole hearing, Boudin — a veteran of the terrorist Weather Underground — claimed that she participated in the robbery because she felt guilty for being white…

Another guy I know who was a radical terrorist, who brutally tortured women, and ordered the deaths of individuals via his soldiers. Here are some issues with Maulana Karenga (AKA, Ron Kerenga, the founder/inventor of Kwanzaa), via my post on KWANZAA:

“Deborah Jones, who once was given the title of an African queen, said she and Gail Davis were whipped with an electric cord and beaten with a karate baton after being ordered to remove their clothes at gunpoint. She testified that a hot soldering iron was placed in Miss Davis’ mouth and placed against Miss Davis’ face and that one of her own big toes was tightened in a vice. Karenga, head of US, also put detergent and running hoses in their mouths, she said.”

From my same paper, originally written to my then 5th-grade son’s teacher and all the parents in the class, is this updated Ann Coulter, likewise, points out the bottom line:

It is a fact that Kwanzaa was invented in 1966 by a black radical FBI stooge, Ron Karenga — a.k.a. Dr. Maulana Karenga — founder of United Slaves, a violent nationalist rival to the Black Panthers. He was also a dupe of the FBI.

In what was ultimately a foolish gamble, during the madness of the ’60s, the FBI encouraged the most extreme black nationalist organizations in order to discredit and split the left. The more preposterous the group, the better.

By that criterion, Karenga’s United Slaves was perfect. In the annals of the American ’60s, Karenga was the Father Gapon, stooge of the czarist police.

United Slaves were proto-fascists, walking around in dashikis, gunning down Black Panthers and adopting invented “African” names. (That was a big help to the black community: How many boys named “Jamal” are currently in prison?)

It’s as if David Duke invented a holiday called “Anglika,” which he based on the philosophy of “Mein Kampf” — and clueless public school teachers began celebrating the made-up, racist holiday.

HE is now a Professor and Chair Department of Africana Studies California State University, Long Beach.

People pay A LOT of money to indoctrinate their kids.