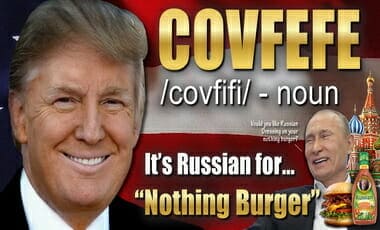 After watching Mueller in the hearings and learning of McCabe’s assessment that Mueller performed as he expected, it leaves one to wonder whether Mueller’s passivity and lack of engagement might have been desirable for the get-Trump team assembling to nullify the 2016 election.  Unfortunately for the get-Trump crowd, Chairmen Nadler and Schift lacked the common sense to know better than to put Mueller in front of the camera in the state we all observed.  Nobody should rejoice in the humiliation of an elderly man.  But history owes a debt to the revelation of the probe’s original sin:  the appointment of an unqualified leader who let a band of Trump-hating partisans run amok.

So there is a lot of information that the public probably heard for the very first time at the “Mueller” [read here: Weissmann] hearing. Which is a good thing! Remember, back in March, Glenn Greenwald noted the confusion among the watchers of MSNBC (and other news outlets) to the Mueller Report (RPT): 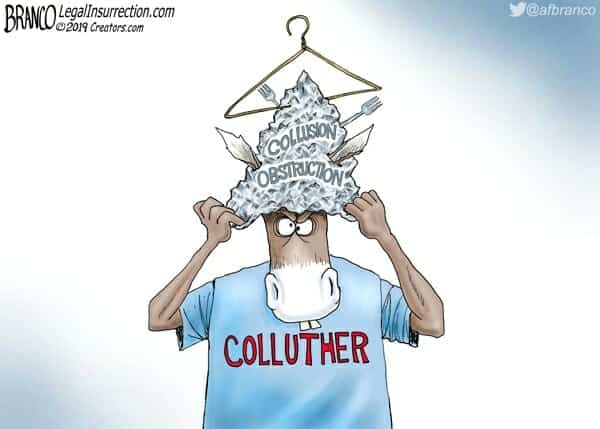 Now many people have heard for the first time, and have seen what Barr was trying to prevent as an embarrassment to Mueller’s reputation. Even Michael Moore knows it:

Really, a win-win for the GOP and Trump. 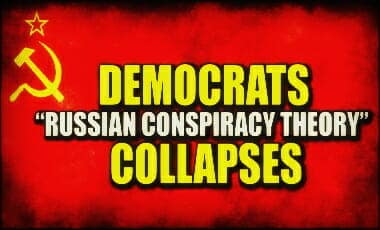 Here are the areas (plus a little more) that Larry was reading from, via GLENN GREENWALD:

THE TWO-PRONGED CONSPIRACY THEORY that has dominated U.S. political discourse for almost three years – that (1) Trump, his family and his campaign conspired or coordinated with Russia to interfere in the 2016 election, and (2) Trump is beholden to Russian President Vladimir Putin — was not merely rejected today by the final report of Special Counsel Robert Mueller. It was obliterated: in an undeniable and definitive manner.

The key fact is this: Mueller – contrary to weeks of false media claims – did not merely issue a narrow, cramped, legalistic finding that there was insufficient evidence to indict Trump associates for conspiring with Russia and then proving their guilt beyond a reasonable doubt. That would have been devastating enough to those who spent the last two years or more misleading people to believe that conspiracy convictions of Trump’s closest aides and family members were inevitable. But his mandate was much broader than that: to state what did or did not happen.

That’s precisely what he did: Mueller, in addition to concluding that evidence was insufficient to charge any American with crimes relating to Russian election interference, also stated emphatically in numerous instances that there was no evidence – not merely that there was insufficient evidence to obtain a criminal conviction – that key prongs of this three-year-old conspiracy theory actually happened. As Mueller himself put it: “in some instances, the report points out the absence of evidence or conflicts in the evidence about a particular fact or event.”

All criminal investigations require a determination of a person’s intent, what they are thinking and what their goal is. When the question is whether a President sought to kill an Executive Branch investigation – as Trump clearly wanted to do here – the determinative issue is whether he did so because he genuinely believed the investigation to be an unfair persecution and scam, or whether he did it to corruptly conceal evidence of criminality.

That Mueller could not and did not establish any underlying crimes strongly suggests that Trump acted with the former rather than the latter motive, making it virtually impossible to find that he criminally obstructed the investigation.

THE NATURE OF OUR POLITICAL DISCOURSE is that nobody ever needs to admit error because it is easy to confine oneself to strictly partisan precincts where people are far more interested in hearing what advances their agenda or affirms their beliefs than they are hearing the truth. For that reason, I doubt that anyone who spent the last three years pushing utterly concocted conspiracy theories will own up to it, let alone confront any accountability or consequences for it.

But certain facts will never go away no matter how much denial they embrace. The sweeping Mueller investigation ended with zero indictments of zero Americans for conspiring with Russia over the 2016 election. Both Donald Trump, Jr. and Jared Kushner – the key participants in the Trump Tower meeting – testified for hours and hours yet were never charged for perjury, lying or obstruction, even though Mueller proved how easily he would indict anyone who lied as part of the investigation. And this massive investigation simply did not establish any of the conspiracy theories that huge parts of the Democratic Party, the intelligence community and the U.S. media spent years encouraging the public to believe.

Those responsible for this can refuse to acknowledge wrongdoing. They can even claim vindication if they want and will likely be cheered for doing so.

But the contempt in which the media and political class is held by so much of the U.S. population – undoubtedly a leading factor that led to Trump’s election in the first place – will only continue to grow as a result, and deservedly so. People know they were scammed, that their politics was drowned for years by a hoax. And none of that will go away no matter how insulated media and political elites in Washington, northern Virginia, Brooklyn, and large West Coast cities keep themselves, and thus hear only in-group affirmation while blocking out all of that well-earned scorn. 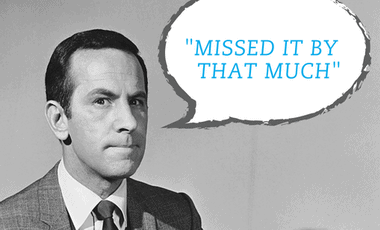 Jay Sekulow, President Trump’s personal attorney, tells Ari Melber and Nicolle Wallace that he received an early version of the Mueller report on Tuesday, confirming that AG Barr provided a version of the report to both the White House and The President’s defense attorney days before providing anything to Congress.

“My first question, I’m afraid, is going to verge on plain English,” Williams began. “Where did the attorney general get off with that characterization this morning, including four mentions that there was no collusion? What document was he reading, compared to the one we’re left with?”

Sekulow responded, “Well, page two of the document says, ‘The investigation did not establish that members of the Trump campaign coordinated with the Russian government in its election of interference activities.’ So it’s right from the document itself.”

“Have you read part one?” Williams retorted.

“I have read part one and part two,” Sekulow added.

Williams shot back, “Do you find good news in here for the president and the administration?”

“The investigation—page 181—the investigation did not establish the Contacts described in volume one—that’s the Russian contacts—amounted to an agreement to commit any violation of federal criminal law, including foreign influence and campaign finance laws,” Sekulow followed up. “Yes, I think it’s very good win.”…… 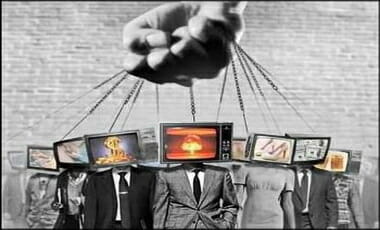 (BTW, I love the “collusion delusion” moniker Trump gave this. It’s like the old WWF days)

I apologize for putting Glenn Greenwald in my posts of late… but he is showing the corruption in the media well. And as a far leaning Leftist who was banned from CNN (along with Democrat Alan Dershowitz because they refused to go along with the narrative the MSM was dishing out). While I believe Greenwalds views on the Iraq War are wrong (along with most of his positions on politics and life), his defense of free thought and media bias are healthy:

It’s not just that the media refuses any self-critique (has any journalist who pushed the conspiracy acknowledged any narrative errors other than @Isikoff in his last MSNBC spot?). The rank-closing & arrogant conceit about this story are stronger than ever pic.twitter.com/KQejtpSY3d